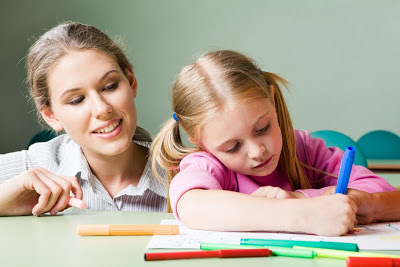 As dissatisfaction with the U.S. public school system grows, apparently so has the appeal of homeschooling. Educational researchers, in fact, are expecting a surge in the number of students educated at home by their parents over the next ten years, as more parents reject public schools.
A recent report in Education News states that, since 1999, the number of children who are homeschooled has increased by 75%. Though homeschooled children represent only 4% of all school-age children nationwide, the number of children whose parents choose to educate them at home rather than a traditional academic setting is growing seven times faster than the number of children enrolling in grades K-12 every year.
As homeschooling has become increasingly popular, common myths that have long been associated with the practice of homeschooling have been debunked.
Any concerns about the quality of education children receive by their parents can be put to rest by the consistently high placement of homeschooled students on standardized assessment exams. Data demonstrates that those who are independently educated generally score between the 65th and 89th percentile on these measures, while those in traditional academic settings average at around the 50th percentile. In addition, achievement gaps between sexes, income levels, or ethnicity—all of which have plagued public schools around the country—do not exist in homeschooling environments.
According to the report:
Recent studies laud homeschoolers’ academic success, noting their significantly higher ACT-Composite scores as high schoolers and higher grade point averages as college students. Yet surprisingly, the average expenditure for the education of a homeschooled child, per year, is $500 to $600, compared to an average expenditure of $10,000 per child, per year, for public school students.
The high achievement level of homeschoolers is readily recognized by recruiters from some of the best colleges in the nation. Home-educated children matriculate in colleges and attain a four-year degree at much higher rates than their counterparts from both public and private schools. Schools such as Massachusetts Institute of Technology, Harvard, Stanford, and Duke Universities all actively recruit homeschoolers.
Similarly, the common myth that homeschoolers “miss out” on so-called “socialization opportunities,” often thought to be a vital aspect of traditional academic settings, has proven to be without merit. According to the National Home Education Research Institute survey, homeschoolers tend to be more socially engaged than their peers and demonstrate “healthy social, psychological, and emotional development, and success into adulthood.”
From the report:
Based on recent data, researchers such as Dr. Brian Ray (NHERI.org) “expect to observe a notable surge in the number of children being homeschooled in the next 5 to 10 years. The rise would be in terms of both absolute numbers and percentage of the K to 12 student population. This increase would be in part because…[1] a large number of those individuals who were being home educated in the 1990’s may begin to homeschool their own school-age children and [2] the continued successes of home-educated students.”